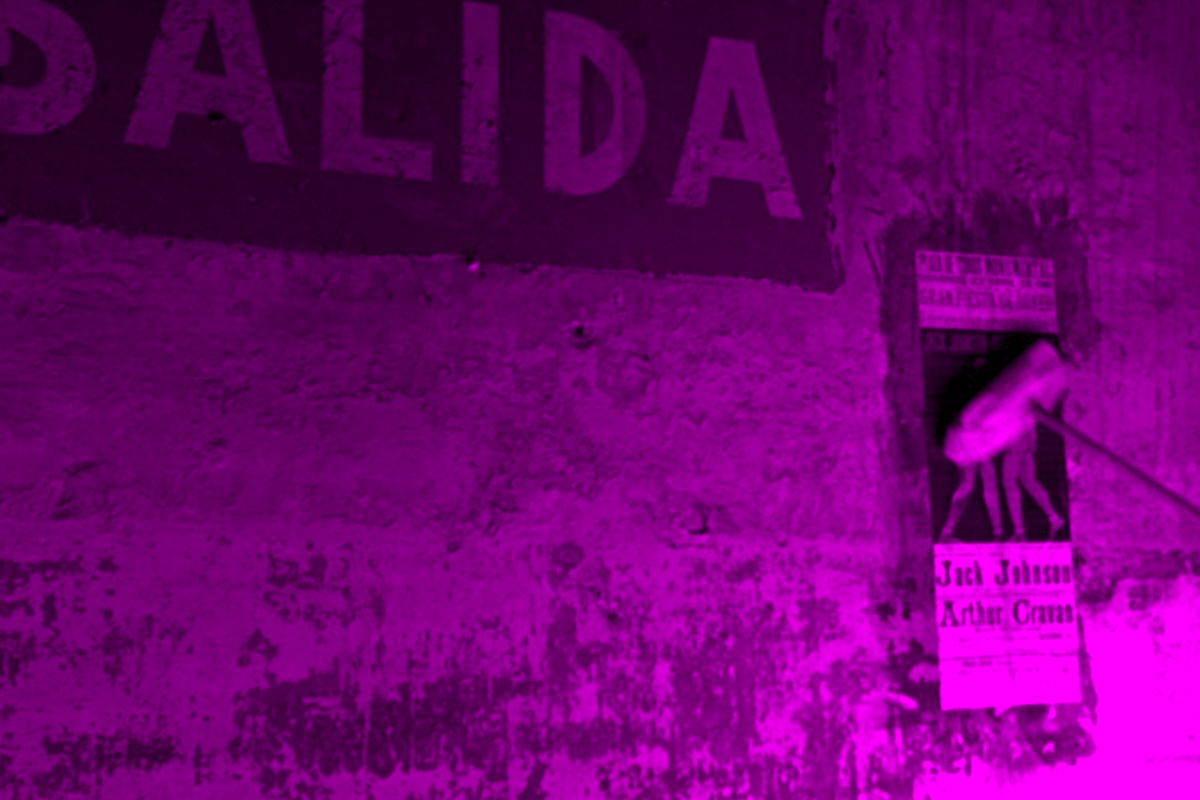 In order to give impetus, visibility and avenues for Catalan non-fiction projects, the La Inesperada festival has created the EXIT section for works in development. In its first edition, a call for entries has been opened from which four projects have been selected:

Among the attendees we will have three guest experts who will share their views on the projects. They are:

EXIT will be held at the SGAE Catalunya headquarters on Friday 25/2/22 from 09:00 to 14:00. Attendance is free and requires prior registration. To register, please send an email to: hola@lainesperada.cat. Attendance is limited to the capacity allowed. The session will be moderated by Núria Giménez Lorang. Section carried out with the support of:

ELEGY OF A CITY

Synopsis: Elegy of a city is a sensorial portrait of the city of Beirut through the eyes of a fictional female character that travels to the city in current times. She is a visitor to Beirut; she walks, she observes, she listens. Although we never see her, we are her eyes and ears, and we experience the city through her. Before her, Romans, Ottomans, French, earthquakes, civil wars, pandemics and economic crises walked the same alleys. The subsequent past events of violence that took place in Beirut have been absorbed in the setting. Here, the traces of the past, the ruins, cohabit with the spaces of the present, the everyday life.

While seized by the sounds of the city, the character receives voice messages from family and friends that bring out her recent tragedy. Suddenly, the buildings’ broken windows, bullet holes or fallen roofs of Beirut will become a reflection of human wounds, a mirror of the character’s scars. The city landscape will embody the character. In its essence, this film explores an analogy between body and building to reflect on the relationship between cities and individuals when life is perennially disrupted and destruction will come again. Elegy of a city is a chronicle of mortality and survival of the city of Beirut.

Author’s note: This film documents an encounter between a person and a city using fiction and non-fiction elements. Our first aim is to transmit the experience of a place, the city of Beirut. Then, by exploring the connectedness of the people with their surroundings, our intention is to reflect on how the spaces we inhabit affect us, how the spectral presence of past lives in the cities and how inhabitants approach the idea of continuation and progress when surrounded by ruins.
The key idea in this representation of Beirut is that we relocate human attributes into an inanimate being, a building. We look at the buildings as bodies, complex creatures of memory and scars. In the same way that we can say that a muscle has memory, the body, the house, the stone, the tree stores memory as well. On the other hand, we present Beirut’s past traces as scars. The building’s bullet holes get alive – free from their stillness – when we relate them to body scars. We believe that the history of Beirut’s inhabitants has materialised in its buildings.
The cinematography focuses on how people interact and inhabit the spaces, and searches for past traces and destruction in the urbanistic landscape. The camera doesn’t look at the spaces exoticising them either with an inspecting gaze but contemplating the inhabitants owning the place. It is important to point out that this film does not intend only to capture a place but to look in it. Not too close, not too far, the camera is positioned and framed in order to create the perception that the lens is actually the eye of the character, someone looking. At the same time, we want to give time to the audience to look into the frame and get intimate with it. In other words, this film explores a more contemplative cinema.

Irene Bartolomé: filmmaker born in Barcelona, and currently based in Beirut, Lebanon. She holds a BA in Film Editing from ECAM Film school (Madrid), a Master degree in Creative Documentary from UPF (Barcelona) and a MA in Film and Screen Studies from Goldsmiths, University of London. She works professionally as a video editor and has over ten years of working experience in documentary and advertisement production. In 2014, she was awarded a SGAE grant to attend the 2014-2015 Collaborative Studio Program at UnionDocs Documentary Art Center, in New York. She has directed the short film Lunch time (2017) and co-directed with visual artist Tessa Rex, the short film The Williamsburg houses (2015). 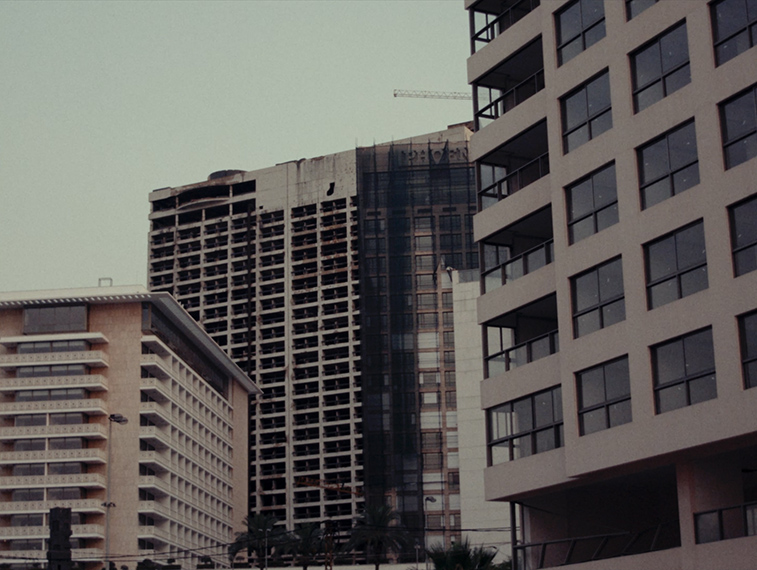 Synopsis: A young newlywed couple enjoy their honeymoon, alienated from everything in a Mediterranean paradise. Around them, the atmosphere thickens.

Author’s note: The film, in itself, aims to evoke the romantic bubble of the couple, alienated from the impending reality, dangerous but beautiful. It proposes an experimental approach to archive images shot on VHS, modifying their times. It is committed to visual, plastic and chromatic care, given the expressive purposes that colour and texture can provide. It is through this work, and not from a textual narrative, that we try to show the imminence of change, as well as through the sound design, which underpins the structure of the piece from a non-realistic approach, creating a sound atmosphere to the rhythm of love in a time of alerts.

Maria Castan de Manuel: Audiovisual editor trained in Film Theory and Editing at the UPF. She has worked for institutions such as the CCCB and Matadero de Madrid and on projects by filmmakers such as Albert Serra, Mercedes Álvarez and the Dostopos collective. Editor of the short film Ella y yo by Jaume Claret Muxart (selected in San Sebastian, Rotterdam, D’A, Documenta Madrid, IndieLisboa) among other fiction, documentary, experimental and video essay projects. 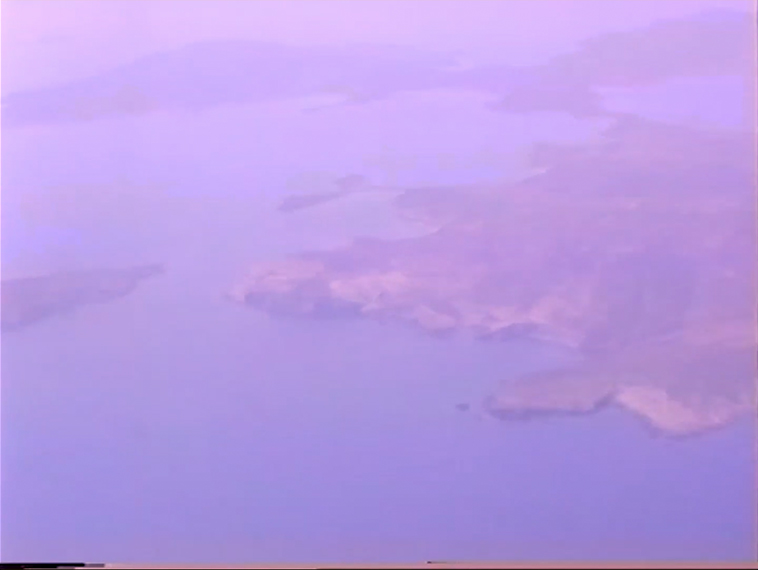 The blue flower in the land of technology

Synopsis: The blue flower in the land of technology is an audiovisual study on the aesthetic and political consequences of the relationship between the human body and the latest hospital medical technology, focusing in the liminal situations where the real and its representation merge.

Author’s note: Like thunder after lightning, the patient’s neural signal echoes off the walls of the operating room. In a fraction of a second, from one end of an electrode deep in the brain, a stimulus stops the involuntary tremors caused by Parkinson’s Disease. The margin of error is minute: only a three- dimensional tomography will confirm that the surgery was a complete success.

‘Health is life lived in the silence of the organs’, wrote French surgeon René Leriche in an Encyclopédie Française entry from 1936. Paradoxically, throughout history, the closer we have got to the metaphorical silence of the organs, the more necessary their aesthetic synthesis has become. This has modified healthcare dynamics radically, leading to the current paradigm, where bodies and their representations merge.

The blue flower in the land of technology is an audiovisual study on the aesthetic and political consequences of the indeterminacy between the real and the represented in the contemporary healthcare context. Through a hypnotic pace, it documents the liminal situations in the relationship between the human body and the latest hospital medical technology. The work is the result of the ‘Exchange grant Baden Württemberg – Catalunya’ at the Württembergischer Kunstverein, in collaboration with the Goethe- Institut, Hangar and the Kunststiftung Baden-Württemberg, and the ‘Internationalisation grant’ at the Cité Internationale des Arts, in collaboration with the Fundació Güell and La Escocesa.

Albert García-Alzórriz: architect and audiovisual artist from Barcelona. His work has recently been exhibited at international events and festivals, including the 58th Biennale Arte in Venice, FID Marseille, FID Buenos Aires and Documenta Madrid, as well as at public institutions such as the IVAM (Valencia), the Hong-Gah museum (Taipei), the Louvre museum (Paris) and the Haus der Kulturen der Welt (Berlin). 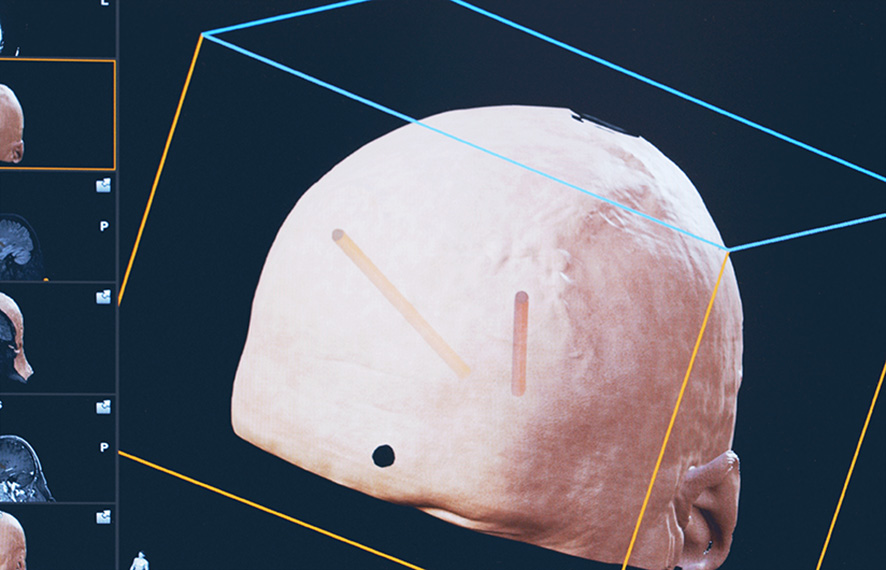 Synopsis: There are images that are difficult to look at. They are also the images that fascinate us the most. Dreams For A Better Past (El passat serà millor) revolves around one of these images: the director’s father appears as an innocent baby in the arms of his grandfather, elegantly dressed in an SS uniform, in Nazi-occupied Czechoslovakia. The hypnotic power that this photograph has over Albert forces him to rethink his family history, to try to connect with a past that collides with a wall of silence. This tension reveals the complex relationship between the personal and the political: what is at stake is whether or not to include this image in the family narrative.

Author’s note: El passat serà millor is closely related to the artistic research I carried out during two years in my MA in Film at the Netherlands Film Academy (2017-2019), which involved a process of reconceptualisation of my filmmaking practice. I realised that in order to develop a subjective look at film and politics, I had to start with my own family. This film is a journey through time to rearticulate the relationship between the personal and the political, elaborating on some familiar silences.
The short film will formally pivot between two visual worlds: the recreation of scenes that supposedly happened in the past, and a free and liberated editing of the family archive. The fictional recreations of certain scenes from the past and the creative intervention in the family archive will become cinematographic bridges to access the past, to analyse, dissect and rewrite it.
El passat serà millor falls under the stream of films that explore the tension between history “in capital letters” and family and personal histories. Through the story of my father and his (lack of) relationship with his German family, the film investigates how the way we relate to the past affects our present and vice versa. At a historical moment in which the political imagination is compromised, El passat serà millor proposes to reimagine the past, with the intention of escaping what seems inevitable and opening up new possibilities for changing the present.

Albert Kuhn: film director and producer. He currently works at the production company Revolver Amsterdam (Netherlands) as a director and creative producer and has given workshops on documentary filmmaking at ESCAC and at the faculty of politics at Pompeu Fabra University. His projects are based on research to reconcile affections and politics. In the MA in Artistic Research at the Netherlands Film Academy, he developed his research Future Nostalgias, focused on mobilising a different perception of time as a tool for transformation. The short film El passat serà millor is the materialisation of this research in film format. As a producer, he has worked for artists such as Jordi Colomer, Ivan Argote and Marcel-lí Antúnez. His best-known films are Abdala/Lafdal and 3 Kosovos. 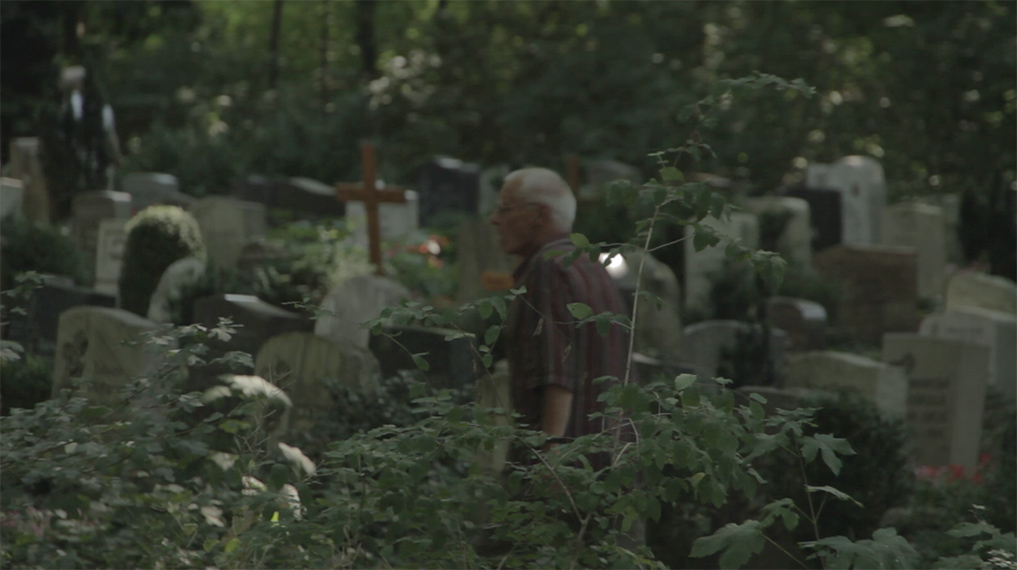